Trecadwgan Farm, to be sold by Public Auction on March 4th 2020

Mobilising to save a County Farm!

Trecadwgan Farm, a County Farm belonging to Pembrokeshire County Council (PCC) is up for sale - again. Since June 2019 when plans for its sell-off were announced by PCC, it has been at the heart of a campaign, ‘Save Trecadwgan Farm’, to purchase it for community farming and enterprise.

Records of Trecadwgan Farm date to the eleventh century. The farm rests on a meeting place of footpaths and is within walking distance of the village of Solva . Purchased after World War I by PCC to offer young tenant farmers a livelihood, families have lived and worked at Trecadwgan Farm across generations. When the tenancy came to an end two years ago in 2018, PCC decided to sell the property by public auction in July 2019. 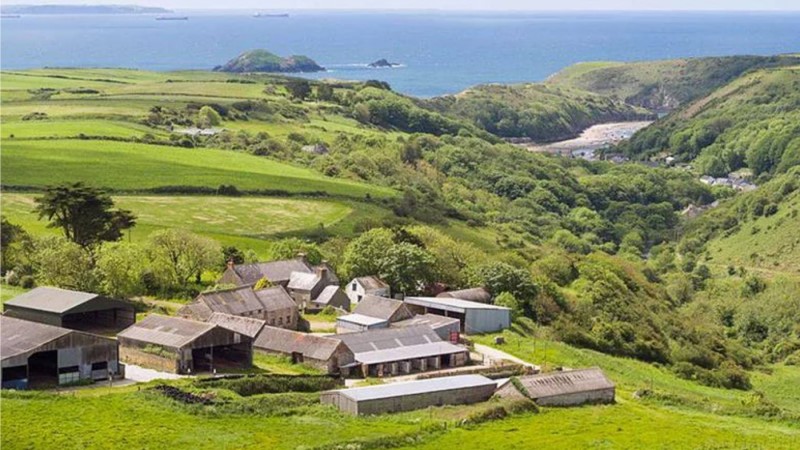 Early successes by the campaign group included raising £50,000 to remove Trecadwgan Farm from public auction and changing the subsequent bidding process from ‘sealed’ bids (whereby would-be purchasers submit their best offer in a sealed envelope by a specific date and the highest offer is usually chosen) to an offer/counter offer process. This culminated in an acceptance by PCC of a successful bid in November from a private backer supporting the Community Group.

Unfortunately, in November due to issues unrelated to the project, the backer had to withdraw and efforts to secure a new backer were immediately revived. As previous bidders, the Community Group were invited to enter a new sealed bids process; with notice given at 6.30pm on 10thDecember, to close at noon on 13th December 2019. Having successfully and quickly secured a new backer, the duly submitted bid was once again successful and formal acceptance of the bid received.

However, on the 7th of January the Community Group’s new backer was contacted by the agent indicating a higher bid had been submitted by another bidder, despite the process having closed at 12 noon on the 13th of December. Although this process, known as ‘gazumping’, is not technically illegal, it is not considered good or fair practice.

The decision to sell Trecadwgan Farm by public auction was announced by Pembrokeshire County Council (PCC) on Wednesday 5th February. The auction is scheduled for 4th March 2020. Whilst legislation allows a council to dispose of land at a price below its commercial value, the authority have decided not to do so in this instance arguing it is obliged by public interest to secure the best price possible

Members of the community have worked tirelessly in support of the farm purchase. The purchase would be a unique opportunity for the local community, actively delivering on the Well-being and Future Generations (Wales) Act and Welsh Government policy (2014), on the environment and on the Foundational Economy.

The farm will be a place of enterprise, ecological farming, employment, education, artisanal crafts an opportunity to promote local health and wellbeing and of food production, including a processing facility for many other farmers in the local area to add value to their produce. Within the national agricultural agenda and in looking at the changing fortunes of farming, establishing Trecadwgan Farm as a community farm represents a profound opportunity to realise the value of an holistic model. The proposals would provide long term well-being and health; contribute to sustaining the rural economy and would provide a rare opportunity to create an innovative agroecological farm to support the sustainability of the community.

County farms like Trecadwgan are one of the most powerful levers that local authorities have for helping new entrants into farming. They offer real potential to support local food systems, promote innovative farming methods and deliver environmentally sustainable farming. Within the national agenda, Trecadwgan is one of many county farms being sold and the danger of their being lost to the community.

The campaign to save Trecadwgan is ongoing and welcomes support. You can get involved at https://www.savetrecadwganfarm.org/get-involved and for further information please contact: Jessie Buchanan +447810 071826 trecadwgan[@]gmail.com