Releasing the true value of land 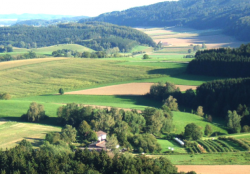 The International Biodynamic Association (IBDA) commissioned this study, against the background of a growing crisis facing the land markets. The authors (Titus Bahner et al) have originally come up with this report for Germany but due to the high relevance, an international version was written.

The study gives an overview of the historical development of agricultural land ownership and the legal conditions pertaining to the land market are described with particular reference to inheritance, freehold and leasehold. It includes a comparison of the land markets operating in Lithuania, France and Denmark along with an assessment of the problem of ’land grabbing’ in poorer countries. The land ownership situation in Germany is summarised along with the results of an empiric survey in Germany concerning the land market.

After describing the challenges the study gives an assessment of the ethical investment market as well as describing examples of new forms of agricultural land ownership and investment structures beginning with the charitable trusts that have been founded since 1969 and concluding with the modern partly commercial, agricultural shareholding companies. Examples are also taken from initiatives in France, Switzerland and the Netherlands as well as in Great Britain, Italy and Romania. The study ends with an evaluation of the criteria for setting up a suitable ownership vehicle. This demonstrates the breadth of possibilities ranging from outright purchase models that are financed by gift money (donations, grants) to those involving a redeemable investment of one form or another.