Recognising the viability of small farms and their territorial impacts

Within the European Union (EU), the overall vision for agricultural development has become increasingly obsessed with large scale agri-business. Small farms, which account for a substantial proportion of total agrarian land holdings within the EU, have thus found themselves excluded from the picture. This scenario is acknowledged in a recent report approved by the European Parliament. The report concedes that facets of the Common Agricultural Policy, for example providing subsidies in accordance with output, have essentially disparaged the significance of small-scale farmers and welcomed in elite land concentration.

In the light of this framing, it has become paramount that the viability of small farms is underlined through documentation and dissemination, in order to secure their place within Europe’s agricultural future. To this end the Access to Land Network has produced a series of papers aimed at highlighting the viability of small farms, with the explicit aim of reasserting their value in fostering social, ecological and economic resilience.

The following papers introduce perspectives from across Europe, demonstrating the positive and crucial role played by small farms, as well as identifying the barriers they face. It is hoped that these can provide a basis for constructive dialogue between small producers and other actors in the land arena. Such communication is imperative for securing, gaining and maintaining access to land for small farmers across Europe. 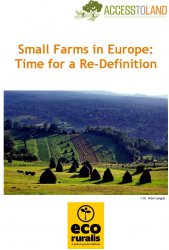 Small Farms in Europe: Time for a Re-Definition This paper attempts to review existing definitions of small farms in Europe; to compare them with the realities that we encounter every day, and to pin down some of the implications of these definitions. PDF 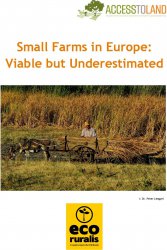 Small Farms in Europe: Viable but Underestimated This paper is a consolidated overview of the papers that are written by the seven partners of the Access to Land Network, describing the success stories, struggles and current situation of small farms across Europe. PDF 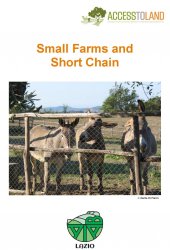 Small Farms and Short Chains The paper talks about the importance of short supply chain and direct market/sales, and its importance in providing autonomy to small scale farmers in Italy. PDF.

Newcomers in Search of Small Farms: How to Match the Discrepancy on a Market of Large Farms? This paper by Terre de Liens discusses small farms and the access to land in France. It draws attention to the issue of the demand and offer of land, and many other aspects of small farms - areas, outputs and challenges. PDF. 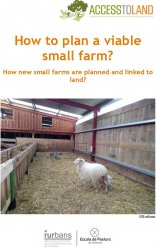 How to plan a viable small farm? The current paper by Associació Rurbans - School of Shepherds; gives a step by step pathway to plan a small scale viable farm, based on their experience with new entrants in the farming. PDF. 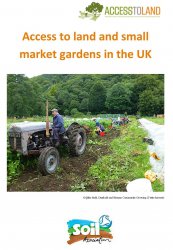 Access to land and small market gardens in the UK This paper focuses on the work of the Soil Association, the Organic Growers Alliance, their experience of running a training programme for new entrants, their role in establishing the CSA Network and other informal sources. PDF. RWAG Indicators as a Tool to Change the Accountancy System and Reveal the True Benefit of Human-scale Farms This paper by Regionalwert AG reveals indicators to access the benefits of human scale farming. It provides means for people to appreciate the value of small scale farming and to measure its worth; just like it is done for agribusinesses. PDF. 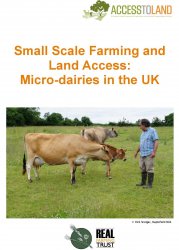 Small scale farming and land access: Micro-dairies in the UK The paper talks about the emerging micro-dairies and nano dairies in the UK. Micro dairies have been gaining popularity in the UK due to its relative marginal gains compared to other farming types, enabling viable long term livelihoods. PDF.

Small Farms, Commons and Land Grabbing in Romania The paper describes how commons have been an an important part of Romanian agriculture and how their decreasing numbers is posing threat to the small scale farmers, losing right to access the land. PDF.