The Czech republic owned only around 170,000 hectares of land in 2015 (4.9 % of UAA). Unfortunately, the Czech republic sold more land than they could afford as the land is still needed not only for the ongoing restitutions to previous landowners, but also for planned infrastructure and land consolidation. The Czech republic therefore blocked a certain amount of land and only 87,000 hectares is now for another land use. Consequently, there is a law about the reserve of land owned by state which cannot drop down under 50 000 hectares since 2016. 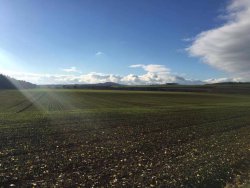 The land market is not regulated but rather reflects the supply and demand, although there is still ongoing discussion about the implementation of land market regulation. Mainly due to the fact that there are two types of land price in the Czech land market - the administrative price and the market price. While the administrative price is set according to the price regulations of the Ministry of Finance due to the land evaluation for tax purposes and gives also an indicative idea about land quality based on thesystem of evaluated soil ecological units; the market price is set by supply and demand. But overall, the both land prices depend on the quality of the land; its location, size and shape; land use and accessibility. In 2016, the average market price was around 8 000 EUR/ha ranging from 6 000 EUR/ha to 14 000 EUR/ha; the average administrative price was 2 800 EUR/ha ranging from 260 EUR/ha to 5 500 EUR/ha. Despite the huge difference between the administrative and market price, there is no evidence from Czech government to increase the administrative price. Mainly due to the fact that the market price is still growing, as there is a considerable pressure for the farmland acquisition mainly by non-agricultural investors and investment funds. In 2014, Czech Farmland Fund was established, the first investment company focused on Czech farmland offering to help investors to purchase the agricultural land. As a reaction to this situation, the Foundation for Soil was established in 2016. Since 2011, foreigners are also allowed to buy agricultural land. 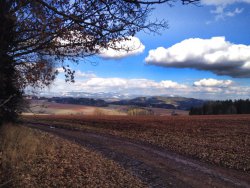 More than 80% of the agricultural land is rented, which is one of the highest shares of rented land within the EU. The rental market is regulated by Czech law and unless the owner and the tenant agree differently, the yearly land rent amounts to 1 % of the official price of farmland. However, the price is mostly driven by supply and demand and reflects the conditions of the land similarly to sale price. The rental price is reflecting the land market price and is also rapidly growing as the average rental price was 65 EUR/ha in 2014, though in 2005 was only around 35 EUR/ha. The length of the lease is not regulated either but mostly it is rather shorted and for fixed period of time. The uncertainty of the land tenure is on the spot, because there is no guarantee that the lease contract will be prolonged for another period of time as well as for the same price and there is no regulation which would secure it. There are significant differences in the land rents in different production areas. A faster increase of the land rent in mountain areas is influenced by compensatory payment in the LFA.

Since the Czech Republic entered the EU in 2004, the overall frame, philosophy, level of support and regulation in agriculture have basically conformed to the rules and limitations of the EU Common Agricultural Policy. The subsidies received by Czech farmers depend on their land size and it is compound by Single area payment scheme (SAPS) – 130 EUR/ha and Greening payments 71 EUR/ha. Common Agricultural Policy is trying to combat the negative trends of ageing farmers, therefore the young farmers are additionally supported from 1st pillar by extra 33 EUR/ha. Moreover from the 2nd pillar, Rural Development Programmes, young farmers receive support from operation ‘Setting up of young farmers’ business. In this operation, only young farmers under the age of forty who are starting their agrobusiness for the first time will be able to get a maximum subsidy of 45 000 EUR.

There are also lots of national subsidies for Czech farmers but the most relevant in connection with access to land issues is provided by the national program called Supported and Guarantee Fund for Agriculture and Forestry led by Ministry of Agriculture. It helps farmers to finance an acquisition of agricultural land as the market price is much higher than the farmers can often pay. It provides an advantageous loan to purchase the land than loans offered by banks to farmers. There is lots of conditions to receive this loan. The most important is to protect land against the speculation; so the farmer has to farm the land during the repayment of the loan. 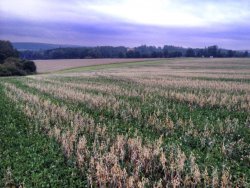 The System of Evaluated Soil Ecological units (BPEJ) is a measure of soil quality in the Czech Republic. The BPEJ code provides information about main characteristics and classification of soils together with characteristics such as slope, exposition to cardinal points and climatic conditions. The BPEJ units serve as a base for economic evaluation of land price, tax determination and conservation policies. The monitoring was driven long time under the Research Institute for Soil and Water Conservation, although in 2016 was the register of soil quality moved under the agenda of State Land Office.

According to the Act on Conservation of Agricultural Land Resources, only non-agricultural land should be used for non-agricultural purposes. Nonetheless, the removal of land from agricultural land resources is permitted and it can be temporary or permanent but has to be approved by the official authorities for protection of agricultural resources. The fee is charged according to the schedule of charges for removal of land. In the case of temporary removal, the fee is paid yearly, but for permanent land use conversion single fee is charged. Unfortunately, the charges involved in this procedure happen to be very low from a developer’s viewpoint. So if Czech farmland is under threat from something, it is from charging too little for taking land out of the Land Fund.