The movement of modernisation of French agriculture started in the wake of World War II. The period is marked by the food shortages of World War II and the low productivity of the agricultural sector. At the same time, the European common market of the 6 is in the making. The government then decided to increase food production, while consolidating viable, "human-size" family farms. It involved a reform of rural law, the development of agricultural subsidies and extension services, and strong regulation of the land market.

Securing the rights of tenant farmers in order to encourage them to invest and improve agricultural production;

Regulating the land sales market to make sure that lands remain in agricultural use, control farming areas and direct land use;

Controlling the right to farm land and regulating farm structures, to ensure that no property is either too big or too small. Tenant farmers’ rights are extremely secure in France, as a result of regulations adopted in the 1940s, modifying the old Napoleonic code. These regulations aimed at modernising French agriculture, by shifting the balance in favour of tenant farmers vs. landowners. They give tenant farmers the conditions needed for developing and benefiting from their farmwork: time, foreseeability, limited cost of land, return on investment. This security of tenure is all the more important as, far from the myth of small farmers cultivating their own land, about 80% of French farmland is tenanted.

The SAFER* is the cornerstone of the French rural land market. Present in every region, these unique Land Agencies are non profit-making private companies under government supervision. They were created in 1960 to intervene on the land market so as to foster balanced, sustainable rural land development.

SAFERs have made it possible to drastically limit the increase in farmland prices and inequalities of land distribution. While they act in favour of establishing new farmers, their current prerogatives do not enable them to meet as well as one could wish the major challenges of massive farmland concentration, generational renewal and the financialisation of the land market in France.

Read more about the SAFER In the 1960s, a set of agricultural and land policies - called "structures policy"- were adopted, as part of the modernisation effort of French agriculture. Their aim was to constitute profitable, human-size farms. In a context of many small, atomised farms, the ideal model was that of a modern (i.e. mechanised, intensive), medium-size (30 to 50 hectares) family farm. To make it happen, regulations and institutions were put in place to facilitate the entry of young farmers, consolidate small farms into viable, modern farm units, while limiting land concentration and promoting family farming.

A range of powerful, but now partly inadequate, instruments

1- Controlling the right to access farmland: In France, one cannot set up – or expand – as one wants. Next to the SAFER’s control over land sales, France regulates the right to farm available agricultural land. To be granted the right to farm agricultural land (be it up for sale or rent) or just to extend one’s own farm over a certain limit, an authorisation to farm is needed. This control over farm structures aims to ensure farms are neither to big nor too small according to the model set in the 1960s of a modern farm operating on human level and keeping its family trait.

2- Defining a minimum land acreage: public authorities, in consultation with agricultural representatives, set an acreage that is deemed the minimum size for a farm to be profitable. It depends on the type of production and region. Farmers have to reach this minimum size to be eligible to the farmers’ welfare system and a number of public subsidies and services (e.g. young farmers’ subsidy).

3- Regrouping of lands: SAFERs and various public authorities have rights and tools to organise the regrouping of lands in regions where plots are still small and atomised. Frequent in the 1960s-1980s, it is now less often used.

In practice however : 1- The minimum land acreage has increased consistently and in all parts of France, as a result of the majority vision of an economy of scale, based on mechanisation, specialisation and farm enlargement. 2- As a consequence : today the entry of new farmers, who have projects of smaller, high added value farms (e.g. organic, on-farm processing, etc.) or of pluriactivity (e.g. farming and tourism) tends to be limited. 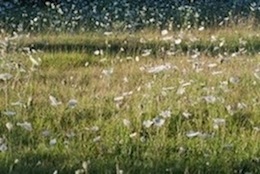 Since the 2000, state and local authorities have been more responsive to emerging societal demands regarding :

development of organic and community-based agriculture

preservation of landscapes and rural life.

France has a dense network of public or state-sponsored agricultural institutions and bodies, most of which are co-managed by public authorities and agricultural unions. Due to the over-representation of the majority farmers’ union in these institutions, most tend to promote intensive forms of agriculture, although with some important regional differences.

France also has a dense network of civil society organisations which promote alternative forms of agriculture: organic farming, peasant farming, community-connected farming. They provide extension services to farmers and future farmers on all aspects of farmlife: agronomy, marketing, business model, accountancy, farm transfer, etc. Altogether, they represent an important network of staff and volunteers, locally advising and supporting farmers, but also engaging with consumers, citizens and other stakeholders to promote these forms of farming. They closely cooperate and most are members of the Inpact platform. They contribute to create public awareness and support for agroecology. They are mostly funded by public subsidies (state, local authorities and EU funds).

In 2006, the French Farm Bill created the environmental rural lease to promote environmentally friendly production practices. Further law and decrees, in 2007 and in 2014-5, developed and specified its scope. It is a classical agricultural lease, available to specific landowners or under specific circumstances, which includes a number of compulsory environmental clauses.

In 2016, the French Biodiversity Law introduced a new instrument: the Real Environmental Obligations (ORE). Inspired by the Anglo-Saxon conservation easements, the ORE aims to extend to all landowners the possibility to introduce environmental protection clauses in leases, including agricultural leases.

In May 2018, an ORE was signed between the municipality of Yenne (Savoie) and CEN Savoie (Savoie Natural Area Conservatory) to maintain, preserve and manage the ecological function of, notably, the biological reservoir of the Lagneux marsh. This is the first time an ORE is adopted only for biodiversity protection purposes and not to offset the environmental impact of developments. This is a positive use of the mechanism, which deserves to be mainstreamed.

News from country
New film: Land for our food
Just released! Our film The Land for our Food is a very concrete introduction to the challenge of land access in Europe and the power of communities.